What’s in this episode?

In this episode of Red Ink Beer, David Bowman, owner of Precise Edit and author of 9 writing guides,

Writing skills are demonstrated with examples and instruction. The transcript is provided below.

END_OF_DOCUMENT_TOKEN_TO_BE_REPLACED

Good technical or academic writing is objective, yet many writers inadvertently insert their own opinions about, and responses to, the content. In this way, they damage their credibility and reduce the value of what they write.

Writers also interject their individual perspectives by using particular words and by making judgments, as explained below. END_OF_DOCUMENT_TOKEN_TO_BE_REPLACED

Is It Ironic? Case 1. You’re walking down the street with a friend. Ahead of you, you see a man stumble on a crack in the sidewalk. Your friend laughs at the man. A moment later, your friend trips on the same crack. “Oh,” you say, “that’s so ironic!” No, it isn’t. That’s not ironic.

Case 2. Later, you go home and turn on the television. You see a news story about a politician getting hauled into court for lying under oath. That same politician had recently accused fellow politicians of being deceitful. “Oh, that’s ironic,” you say, laughing. No, that isn’t irony either.

Case 3. Finally, just before going to bed, you walk through your house, turning off the lights and complaining about your family members who left them on. However, when you turn off the last light, you realize that you have to walk back through the house in the dark. While doing so, you knock your shins on a chair. You rub your shins and say “It’s so ironic that I turned off the lights and made myself walk in the dark!” No, that isn’t ironic either.

In fact, the only thing ironic about these three events is the fact that you thought they were ironic!  END_OF_DOCUMENT_TOKEN_TO_BE_REPLACED

Three Strategies for Writing to Your Reader

Here are three tips from 300 Days of Better Writing about how to understand your readers and give them what they need.

Day 110: Be prepared to work hard at your writing.

(Please excuse the curse word. It may indicate Hawthorne’s
frustration with the work necessary to produce good writing, or it
may indicate the strength with which Hawthorne believes this.)

The point of this quote is that clear, easy-to-read writing is not easy
to produce. Instead, it is the result of writing, analyzing what you
write, and re-writing—perhaps many times.

When you write, you are attempting to communicate. The more work
you put into writing, the better you will be able to communicate.
Hard work by you leads to easy understanding by your reader.

People have told me, “Writing is so easy for you.” This isn’t true. I
have practiced writing, studied writing, and analyzed what makes
writing clear. The documents they read are the result of much work:
writing, criticizing, and rewriting until they are “easy reading.”
That’s what great writers aim for: not easy writing but easy reading. END_OF_DOCUMENT_TOKEN_TO_BE_REPLACED

When you are active, you do something. When you are passive, things happen to you. This is the same concept as the active and passive voice in sentences.

If we describe this concept as a formula, we get this:

On the other hand, the passive voice uses the object as the grammatical subject of the verb, resulting in

In nearly every sentence, the active voice results in more direct writing. However, the passive voice has a purpose, too. Next, we’ll look at the reasons for each voice.

The main reason for using the active voice is that it directly answers the readers’ question: Who did what to whom? It provides that information and in that order. As a result, the reader can more easily understand and remember the idea you wish to communicate.

Other reasons include the following:

In brief, active voice follows the principles of direct writing.

The passive voice may be appropriate for two reasons: (1) to de-emphasize the person or thing doing the action, and (2) to shorten the grammatical subject.

“The data were collected from six species of house sparrows,”

The researcher can write

“We collected data from six species of house sparrows.”

In many cases, the writer can revise the sentence to use the active voice without mentioning the researchers, as seen here:

The second reason for using the passive voice is to simplify and shorten the subject of the sentence so that the main verb is closer to the beginning of the sentence and easier to find.

In cases similar to Examples D.3a, the writer may choose to use the passive voice to reduce the length of the grammatical subject.

3 Strategies for Writing about Complex Subjects

The basic principle for writing about complex subjects is to do the work necessary so that the reader can understand you easily. Of course, your first task is to make sure you understand your own ideas. As Einstein said, “If you can’t explain it simply, you don’t understand it well enough.” With this in mind, here are three strategies to help you write clearly about complex ideas, each taken from 300 Days of Better Writing by David Bowman.

Day 33: Use the simplest correct words.

One note about the “correct” word: While you are choosing simple words that mean what you want to say, you also need to consider how readers will respond to them. As such, you need to think about the tone you wish to create. END_OF_DOCUMENT_TOKEN_TO_BE_REPLACED

The Bad Commas of Eats, Shoots and Leaves 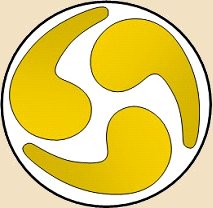 Before I write anything else, let me state that I like Lynn Truss’s book Eats, Shoots and Leaves. It is funny, and it has a few good pointers on punctuation. However, she follows the “do as I say, not as I do” school of grammar instruction.

If you read Eats, Shoots and Leaves for the rules and guidelines she espouses, you’ll do fine. However, if you read it to immerse yourself in clear, consistent, and accurate writing that exemplifies good punctuation use, you may be confused.

We can find many cases of inconsistent usage, such as Truss’s use of a comma when she starts sentences with nowadays, as follows:

Nowadays, the convention for starting a new sentence with a capital letter…. (p. 23)
Nowadays the fashion is against grammatical fussiness. (p. 95)
Nowadays we write…. (p. 187)